It explains the main rotation used in this build.

Earthquake
Swap to Axe/Axe
Hydromancy procs, chilling everyone as well as them being stunned
Whirling Axe
Fire sigil should proc giving you more AoE damage

This can then be followed by an Eviscerate on your teams target. 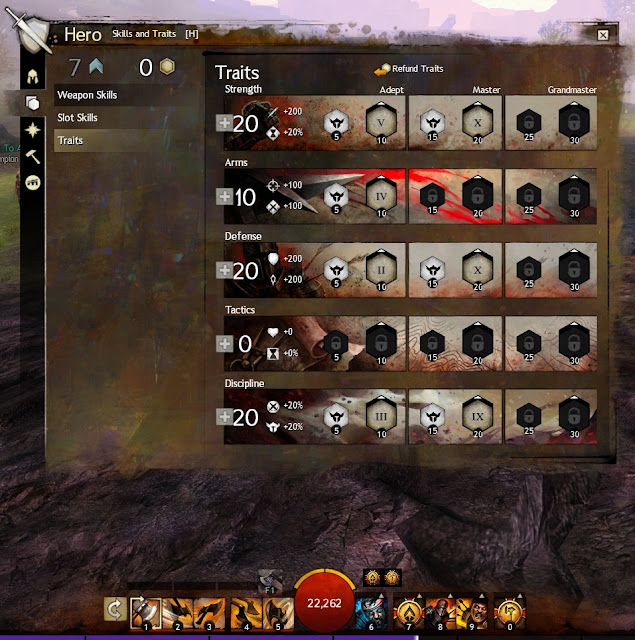 This uses Divinity Runes on armour, Fire and Hydromancy on Axe/Axe, Fire on Hammer.

You can use whatever Utilities you feel comfortable with. They are not that important for this build. I will say that Frenzy with Whirling Axe or even Axe Auto attack is amazing and is a guaranteed full Adrenaline bar.

This lacks a bit of condi clear so I took the Sigil of Stamina too.


Posted by Papaganoosh at 20:28 No comments:

The new changes are like christmas for theorycrafters. Sadly I am going away tomorrow morning, otherwise I'd be caning these changes for the next week.

I hope to have a couple of new builds up before I go away though, so watch this space.

The first one is below and was inspired by a build a guildmate put up before the changes. I've always been a bit annoyed with the waste of Condi damage if you spec into arms and take Axe/Shield + GS, so with this you get a bit of condi pressure to go with your burst. 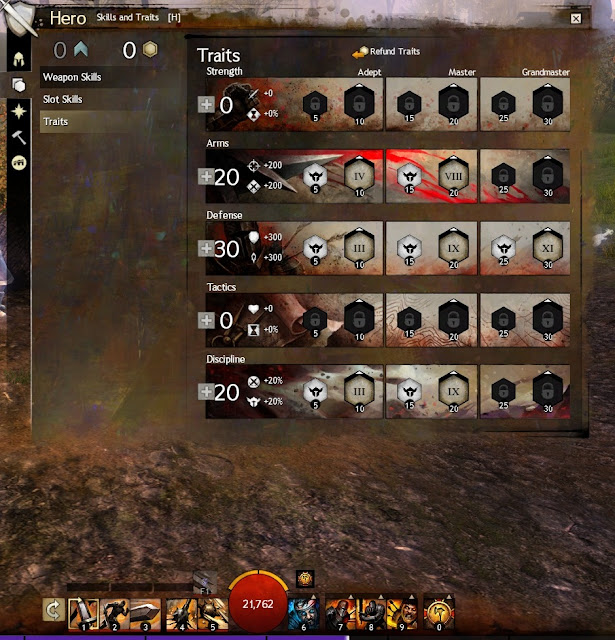 This uses Sword/Mace (Air + Battle) and Axe/Shield (Rage + Force) with a Zerker Ammy and Zerker Jewel. Armour is 5x rune of infiltration and 1x rune of divinity.

You get good survivabilty from Defy Pain and Sure Footed (if you take Endure Pain) and for your other utils you take 2 out of the other 3 stances. I would always suggest some Frenzy for a bit more burst damage, Balanced Stance is nice for stomping, rezzing and general stability needs, and the buff to Berserker Stance means it is now very viable if you are facing a condi heavy team.

The basic rotation is:

This is really nice damage and is pretty repeatable. It gives you a pretty certain Evisc crit and if the Tremor allows you to get off the long cast on Final Thrust, which hits as hard as Evisc if the foe is under 50%.


Posted by Papaganoosh at 19:07 No comments: